DEATH AND THE AGEING BRAIN: CARE, CONSENSUS AND CAPACITY 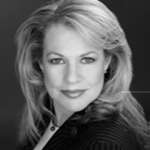 Although we have done comparatively well in Australia, the COVID pandemic has brought the words death & dying to the fore, especially with regards to older people. Overseas, COVID is almost synonymous with ageing and death. Perhaps we can use the luxury of living and working in Australia to inspire change. This presentation will explore the opportunities for us as clinicians to improve the care and advocate for the human rights of people with diseases of the ageing brain at the end of life. We can do bett er.

MANAGING FITS, FAINTS AND FUNNY TURNS IN THE OLDER PATIENT 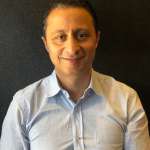 In the theoretical world of books and academic studies, patients with turns are neatly
categorised into different causes. In the trenches of clinical practice, the reality is much
messier and often unclear. In the elderly arriving at a specific diagnosis is even more
challenging due to multiple co-morbidities, cognitive impairment and social isolation. This
talk will use examples of real clinical cases - from the trenches - to illustrate some pearls,
which will help you to sort out the diagnosis and manage uncertainties in future. The gastrointestinal (GI) system features a vital, yet often under-recognised role in management of Parkinson’s disease (PD). GI dysfunctions are prevalent in PD and are some of the most common non-motor symptoms that are evident throughout the entire disease course and involve the whole length of the GI tract, ultimately negatively impacting on patient quality of life and management. Common clinical features of GI dysfunction include abnormal salivation, dysphagia, nausea, vomiting, impaired gastric emptying and constipation and can occur in approximately 80% of PD patients. Many of these GI features can precede the onset of motor symptoms by up to 20 years. Gastroparesis and delayed intestinal absorption negatively impact on treatment, causing erratic levodopa uptake that may lead to motor fluctuations.

The gut has also recently been implicated in the pathogenesis of PD, due to an increased awareness of the gastrointestinal microbiome (GM) and its role in health and disease. Of particular note is an association between the GM and PD and the realisation that the GM can act via a complex bidirectional communication between the gut and the brain, termed the microbiota-gut-brain-axis. Compelling evidence suggests that a shift in GM composition may play an important role in the pathogenesis of PD by facilitating the characteristic ascending neurodegenerative spread of α–synuclein aggregates from the enteric nervous system to the brain, as well as influencing levodopa metabolism. An increasing number of studies evaluating the GM in PD highlight a reduction of short-chain fatty-acid–producing bacteria and oxidative stress as plausible mechanisms that may lead to altered gut permeability, colonic inflammation and α-synuclein aggregation, which may ultimately contribute to the neurogenerative process. Encouragingly, alterations in the GM have repeatedly been observed in PD, supporting a biological link and highlighting it as a potential therapeutic target.

Managing wearing off and dyskinesia in Parkinson's Disease Whilst dopaminergic therapies have revolutionised our treatment of Parkinson's Disease, there has been the longstanding challenge of motor complications including wearing off and dyskinesia. The development of device assisted therapies has offered significant benefits to many patients but clearly, their use is not applicable to the majority of patients, especially those who are older. Therefore, clinicians need to appreciate what other strategies may improve the management of motor and non-motor symptoms in patients with Parkinsons.

MANAGING STROKE THROUGH THICK AND THINNERS 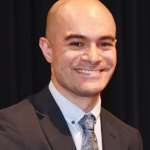 This presentation will consider the role of antithrombotic therapy and specifically
whether antiplatelet or anticoagulant is a cornerstone of cerebrovascular disease
prevention. This talk will explore the evolving evidence for antiplatelet therapy,
addressing issues such as: Who does it benefit? Single vs dual agents? Aspirin,
Clopidogrel and/or Ticagrelor? Short term vs Long term therapy? We will also
explore the issue of oral anticoagulant choice in embolic cerebrovascular disease
and the role of combined anticoagulation and antiplatelet therapy in dual pathology
stroke. Furthermore, we'll explore the role of modern neuro-interventional modalities
to treat disease across common and uncommon cerebrovascular disease
presentations in the elderly including: intracranial atherosclerosis, carotid
atherosclerosis, subclavian steal syndrome, arteriovenous malformations, chronic
subdural haemorrhage and others.

A PRACTICAL APPROACH TO TREMOR 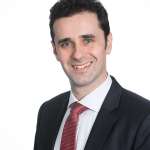 Tremor is a common problem which poses two key questions to the treating doctor: could this be Parkinson’s disease and how can I manage the tremor? This lecture will address these questions and focus in particular on the diagnosis and management of the commonest forms of tremor: essential tremor, Parkinsonian tremor, and dystonic tremor.

NON-PHARMACOLOGICAL MANAGEMENT OF BEHAVIOURS AND PSYCHOLOGICAL SYMPTOMS OF DEMENTIA 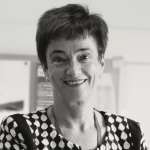 The vast majority of people with dementia will develop symptoms of disturbed thought content, perception, mood or behaviour associated with their dementia. These behaviours and psychological symptoms (BPSD) may persist for months to years. Their presence may cause significant carer stress, and predict functional decline and institutionalization. They are usually multifactorial in aetiology and a biopsychosocial approach is needed to understand and manage them. This presentation will discuss a practical approach to management using a non-pharmacological approach.

ACUTE AND CHRONIC REHABILITATION FOR THE AGEING BRAIN 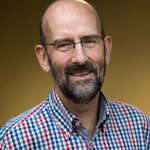 Rehabilitation after stroke is extensively researched and there is no doubt of its efficacy irrespective of age and extent of disability. In other conditions seen in the ageing brain such as dementia or Parkinson ’ s disease , rehabilitation is less commonly practiced particularly in the older age group despite strong evidence as to its benefits. Th is presentation will argue that much is known and the priority issues relate to gaps between the evidence and usual clinical practice.

Curing Alzheimer's Dementia - Are we really, nearly there yet? 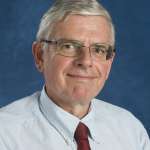 It seems like every conference that you have ever attended where you have heard about the promise of a cure for Alzheimer's Dementia has left you feeling shortchanged... However, this late change to the program addresses the very real prospect that the FDA will be licensing an effective treatment in the coming months.  Find out more about these approaches and how they may impact on our everyday practice.

Hippocampal Sclerosis has long been recognized as a neurodegenerative disease that mimics Alzheimer’s Disease. The pathological protein is TDP - 43 however, differentiating it from the A β 42 (amyloid) and tau - driven pathology of Alzheimer’s disease, and placing it in the spectrum of frontotemporal lobar degeneration. In recent years it has been recognized that as many as a third of predominantly older (over 8 5 years) people clinically diagnosed with Alzheimer’s actually pathologically have Limbic - predominant Aged - related TDP - 43 Encephalopathy (LATE) , which includes or accelerates Hippocampal Sclerosis. They usually have marked hippocampal atrophy on MRI, and ind eed this has often been used to confirm the clinical diagnosis of Alzheimer’s disease. This has thrown the cat amongst the pigeons - how many subjects in clinical trials targeting Alzheimer’s pathology have had LATE and thus reduced the chance that the tria l c ould produce a positive result, and how many of our patients who have failed to respond to cholinesterase inhibitors have had LATE, which could not be expected to produce a cholinergic deficit? Is it too late to recognize this? - hundreds of clinical tri als and millions of those with dementia may have had better outcomes if they had been correctly diagnosed as having LATE . To complicate the story even further, if indeed this is possible , amyloid deposition is also found in about half of those with LATE, s o is LATE just a variant of Alzheimer’s? It is possible that TDP - 43 drives A β 42 deposition. Multiple neurodegenerative pathologies are common at autopsy and this raises another spectre - are we moving back to the concept of “senile dementia” (at least in th ose over age 8 5 ) where we should expect to find multiple processes driving the clinical condition. 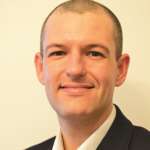 Despite advances in molecular pathology, neuroimaging, and biomarkers, the diagnosis of a specific dementia subtype can stil l pose challenges, particularly in atypical presentations. Here a pragmatic approach to clinical syndromic diagnosis is presented. The utility of structural neuroimaging and cognitive screening is addressed, as are the indications for formal neuropsycholog ical testing. T he challenges, controversies, and diagnostic pitfalls in the assessment of patients with multifactorial dementia, amnestic and non - amnestic presentations of Alzheimer’s disease, vascular dementia, frontotemporal dementia, Lewy body dementia, and dementia associated with atypical parkinsonian disorders are out lined . Finally, the future directions in the diagnosis of dementia are considered. 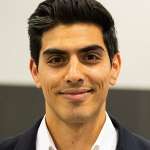 Dementia with Lewy bodies (DLB) is the second most common neurodegenerative disease in the elderly. It is associated with significantly higher morbidity, socioeconomic burden, and carer distress relative to Alzheimer's disease. Yet despite its prognostic and therapeutic relevance, DLB remains relatively under - diagnosed in the community. To improve its diagnosis, the diagnostic criteria for DLB recently underwent major revision w ith the inclusion of REM sleep behavior disorder as a core feature of the disease. In this lecture, the most up to date diagnostic criteria are reviewed, focusing on strategies for clinically differentiating DLB from other forms of dementia. This will be f ollowed by an overview of the latest non - pharmacological and pharmacological therapies for DLB.