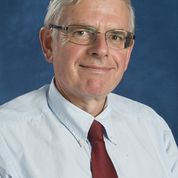 Associate Professor Michael Woodward is Head of Aged Care Research and the M emory Clinic at Austin Health in Melbourne, Victoria. He is a specialist in geriatric medicine with major interests in the treatment of Alzheimer’s disease (AD) and other dementias. He is Principal Investigator for numerous research trials of new therapies for AD and related disorders. He is immedi ate Past Presi dent of the AC4R – the Australasian Consortium of Centres for Clinical Cognitive Research that brings together researchers into therapeutic agents for dementia. He is also a member of the Alzheimer’s Australia Vic Board, being appointed their chief medical advisor and chair ing their research foundation, which administers over $2 million of research funding.

Michael Woodward’s publication record includes over 100 original research and review articles . H e has been awarded his MD on the overlap between the de mentia syndromes. More r ecent research interests have focussed on characterizing the frontal variant of Alzheimer’s Disease. He is a Fellow of the A ustralian A ssociation of G erontology (AAG) , the A ustralian and N ew Z ealand S ociety for G eriatric M edicine , t he A ustralian W ound M anagement A ssociation (AWMA) and the R oyal A ustralasian C ollege of P hysicians (RACP) and has long served each of these professional bodies , including becoming President of AWMA and AAG (Vic) and chairing the Committee for Physician Tra ining that oversaw the training of all RACP trainees