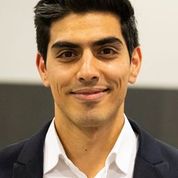 Abstract:
Dementia with Lewy bodies – diagnosis and management
Dementia with Lewy bodies (DLB) is the second most common neurodegenerative disease in the elderly. It is associated with significantly higher morbidity, socioeconomic burden, and carer distress relative to Alzheimer’s disease. Yet despite its prognostic and therapeutic relevance, DLB remains relatively under – diagnosed in the community. To improve its diagnosis, the diagnostic criteria for DLB recently underwent major revision w ith the inclusion of REM sleep behavior disorder as a core feature of the disease. In this lecture, the most up to date diagnostic criteria are reviewed, focusing on strategies for clinically differentiating DLB from other forms of dementia. This will be f ollowed by an overview of the latest non – pharmacological and pharmacological therapies for DLB.

Bio:
Dr Elie Matar MD BSc (Adv)
Dr Elie Matar is a clinical lecturer and NHMRC postgraduate PhD scholar working with Professor Simon Lewis and Professor Glen da Halliday at the Brain and Mind Centre in Sydney. His research interests include the phenomenology, pathophysiology and progression of synuclein – based disorders. His current work involves investigating neuroimaging, sleep – EEG and clinical correlates of s ymptoms including cognitive impairment, fluctuations and visual hallucinations across the spectrum of Lewy body disease. He has authored notable publications in the field and presents his work regularly at international meetings. In 2018 he was awarded the Young Investigator award by the International Movement Disorders Society. He is the recipient of the Australian and New Zealand Association of Neurologists Gwen James dementia Fellowship and the Jim Lance Award. In 2019 he was a visiting clinician at the Mayo Clinic, Rochester (US) and undertook an Endeavour Leadership fellowship based at the University of Cambridge. He has given several invited lectures including most recently at the University of Newcastle, and the National Hospital of Neurology and Neur osurgery in London. Elie is currently undertaking his core training at Westmead Hospital, Sydney.